Day 11
We hadn’t yet explored the night life in Beijing. And it was said that there was a night fair on Wangfujing Street every night. To our disappointment, we arrived there beyond the open time. They closed too early for a night fair. I guessed it was probably because of the cold season and Sunday night. Without crowds of tourists around and various shops opening, the street itself was an ordinary one, a combination of different architecture.
Surprisingly, a giant tea pot came into our view which seemed strange to us. Under the dim light, we thought it was somehow levitated at the sight. It was a part of a tea shop. 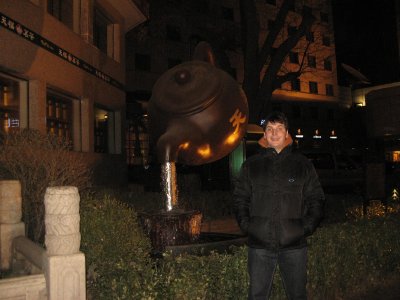 A heavy “ flying” tea pot named Tianhu which means the heavenly pot. To the right side of him, it’s an age-old well.

On our way to the club we planned to go, we passed through an area where Russians and Chinese live. The funny thing was Russian language mistakes were easy to be found on ads there.
Soon we reached the disco. 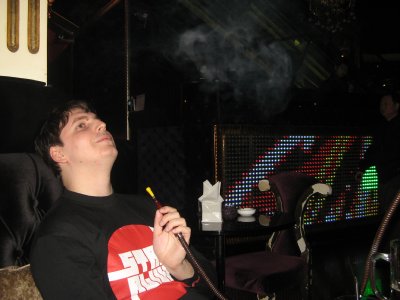 He felt fantastic! Because of… 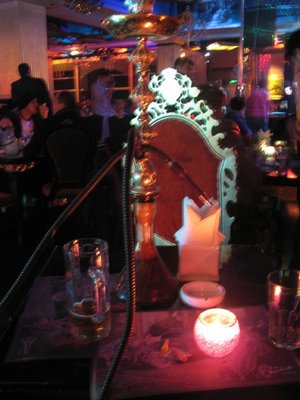 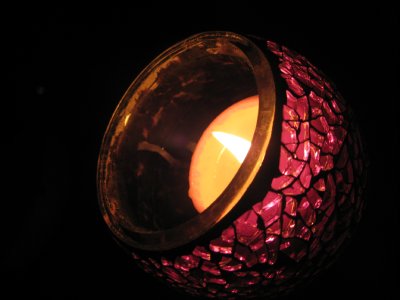 Here waiters would come to us after waving this candle-light at them. 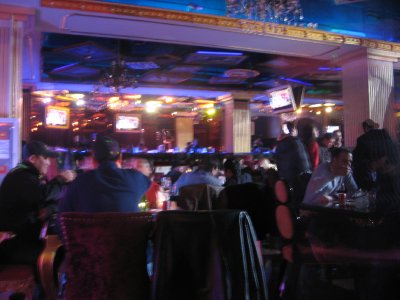 That was Sunday night. Still we saw lots of people (not at our ages) here. Looks like a nice restaurant to you, huh?Dance floor is just somewhere near those tables. 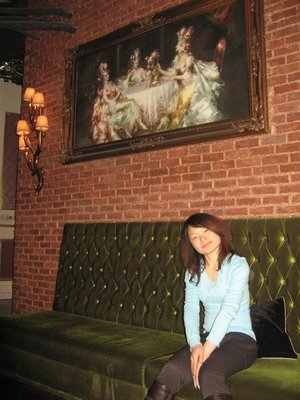 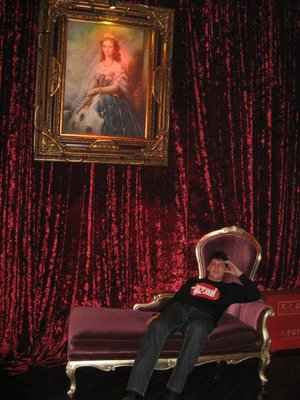 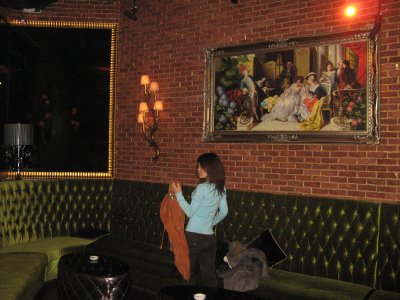 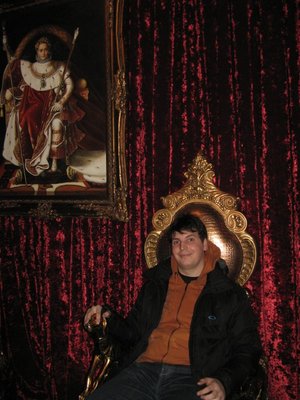 There are many fine oil paintings in this disco. what a bold combination! 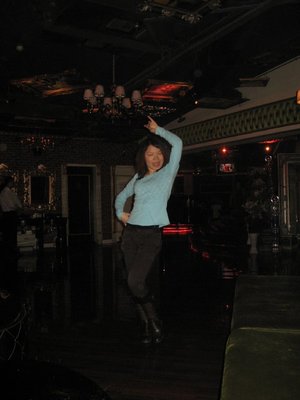 Hey. This isn’t a dance floor, but somewhere in front of washing-rooms. 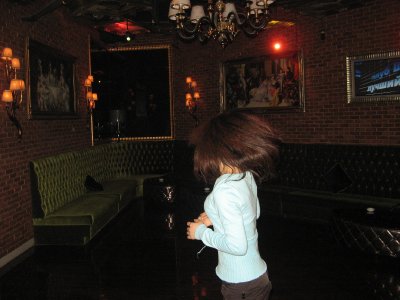 I enjoyed myself very much at this corner. My hair proved it. 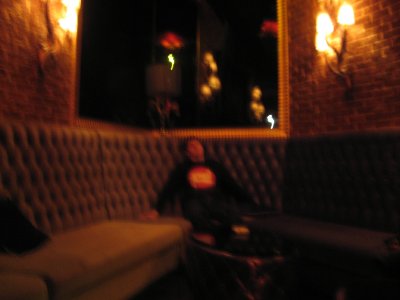 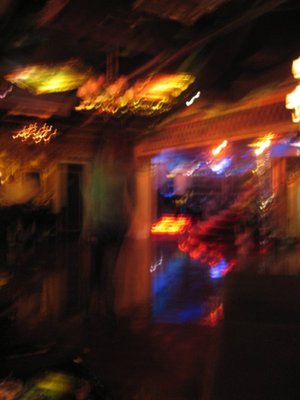 …I believe he saw a phantom, 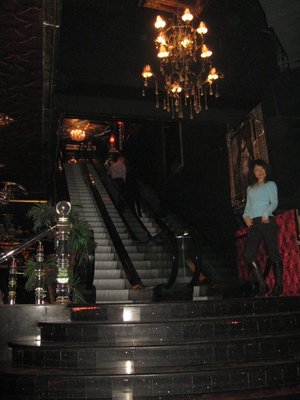 We were going to take a lift to leave this underground club. 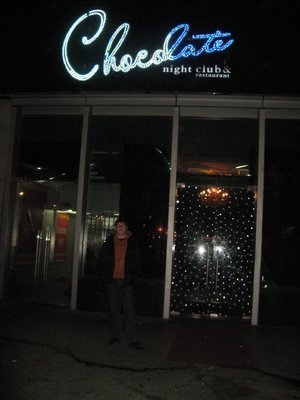 It’s called Chocolate in Russian-living area. And we were heading for… 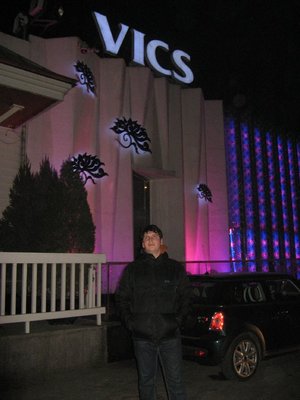 …VICS, another famous night club in Beijing ,which the young favors.

Posted by Amapolas 20:50 Archived in China

Previous Next Table of contents

Comments on this blog entry are now closed to non-Travellerspoint members. You can still leave a comment if you are a member of Travellerspoint.

If you aren't a member of Travellerspoint yet, you can join for free.